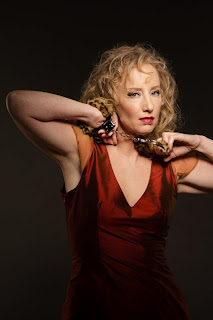 Well I’m in the midst of finalising singing and acting show reels, both I hope will be further tools to help show my abilities as a singer and as an actress in a better and easier light.

I can’t tell you how long it’s taken me to find the courage to troll through all those filmed versions of my singing. I’ve never found this to be a pleasurable experience, as I have a tendency to see and hear every imperfection of a performance.

So I can honestly say, I’m quite pleased with the final edit we’ve managed to come up with which ranges from TV, live productions, events and pre-edited material. To say I’m amazed at how in a few hours’ time, Alex from the Actors One Stop Shop was able to edit things down to something that makes some sense, is nothing short of a miracle to me.

At the moment, I’ve just got the pieces memorised for the acting show reel and next week, I go in for filming. The only debate, at this point, is to decide as to whether to add any bits from previously filmed acting DVD’s?

I’ll just have to wait and see, but I’m looking forward to next week and having them both completed by the end of the month.

Who knows….maybe by the next blog, I can say how I really will be ‘reeling them in…’ with my new show reels?

Much love over this holiday season and looking forward to what January 2012 holds!

What are your big plans?