While I cannot tell you anything about the story line, I can say what a great day I had on the set of my 1st TV programme. My role is not a big one, it could be one of those blink and you miss me, but boy was it fun. I even had the joy of working with a fellow acting friend which made the whole experience less nerve wracking – as I just had no idea what to expect.

The day started with hair and make-up – even if it’s not for a glamorous part, it still feels great to have someone do it for you. Then straight from that into the 1st shoot. A quick brief on what to do, 1 rehearsal and it’s ‘rolling’ time with the cameras and the black and white signs to say scene whatever – action!

We did a large variety of angles and shots. I had always heard there was a lot of sitting around, well that was not the case for me when the day started – it was hit the ground running time. Later, I sat around quite a bit, but because I had a friend with me, it was a great catch up time, plus get to know the other cast and crew. I even managed to have a sneak peak at what they were seeing through the camera – wow, what a difference it makes to see it through the lens! It was quite a small camera, but such incredible picture, very exciting! Very vivid and clear images were created on what looked like a camera you would just take photos on. Boy has the industry changed! Naturally, they still use the big cameras for big motion pictures, but this kind of work, they get what they need on a hand held camera.

Takes were short, sometimes once and no more than 3. It is hit the mark and mood of the character right there and then or forget it. Depending on what the scene needed, we might get 1 rehearsal – glad I had learnt the lines well. It was worth putting in the extra time. Not sure when this will air on TV or where, but it will be sometime next year and they say they will let me know. So for now, I move onto the next 1, which I will be filming next week – cannot tell you much about that one either, but what a joy to get to do 2 in 1 month. Just goes to show, nothing for ages, then it all comes at once, this is not me complaining, just always amazed at how life works!

I have to be honest, I do love the speed in which these projects happen, do not get me wrong, I also love rehearsing to really get to know the character and the story, but this was so nice just get in, do the job and you are out.

On my next project, I get to overnight for the 1st time, as we have to go to a special studio for the shoot – cannot wait – TV business trip! 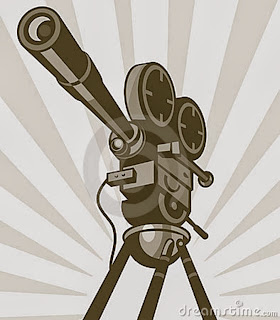